What is a Polyamorous relationship?

In recent years, the number of people in a polyamorous relationship has been steadily increasing, and current estimates suggest that one in five Brits are in a non-monogamous partnership. What is polyamory, though, and how does it work?

Polyamory can mean different things to each individual, and there is no one right way to have a polyamorous relationship. In essence, someone who is poly is open to having multiple loving relationships at the same time. For some people, that can mean loving everyone equally, while others will have a ‘primary partner’.

Someone who is polyamorous can form entirely separate relationships with each partner, or everyone involved could be romantically linked. However, being polyamorous is not an excuse to cheat or be unfaithful. Just like with monogamy, each relationship requires individuals to not only put in time and effort but also show the utmost care and respect to each individual in the relationship.

Polyamory is not illegal; however, polygamy (which is the process of being married to multiple people) is. Being poly offers a new level of freedom, removing the societal expectations of what a loving relationship should consist of.

What’s the difference between a polyamorous and open relationship?

A polyamorous relationship, on the other hand, is one based primarily on an emotional connection. That means that each relationship is built on love and care for the other person, rather than purely sexual.

Entering into polyamorous relationships can seem daunting. That feeling of going against the norms of society can be hard to shake off, but with respect, trust and communication, polyamory can open up new levels of love and intimacy. 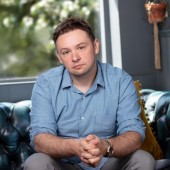